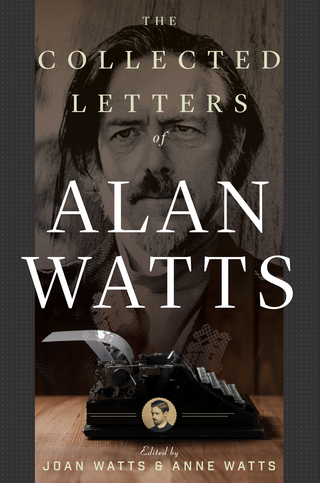 The Collected Letters of Alan Watts

In this email era, this book is probably one of the last volumes of actual letters by one of the most prolific philosophers of the 20th century and a significant icon of the counter culture movement of the 1960's. Today, new generations are finding Watts's writings and lectures online, while faithful followers worldwide continue to be enlightened by his teachings. The Collected Letters of Alan Watts reveals the remarkable odyssey of Watts's colorful and controversial life, from his school days in England to his priesthood in the Anglican Church as Chaplain of Northwestern University, and later, his experimentation with psychedelic drugs. His letters cover a vast range of subject matter with recipients ranging from high church clergy to high priests of psychedelics, government officials, publishers, critics. family, and fans. They include C.G. Jung, Henry Miller, Gary Snyder, Aldous Huxley, Reinhold Niebuhr, Timothy Leary, Joseph Campbell, and James Hillman.

Watts's letters were curated and edited by two of his daughters, Joan and Anne Watts, who have added rich, behind-the-scenes biographical commentary, and have provided introductions to the chronologically organized sections of letters, periodically commenting on individual entries. They do not delve deeply into their father’s ideas, but their summaries are succinct and helpful. More importantly, they add indispensable context and insights into Watts’s personal and family life. While treating his memory with love and respect, they ac knowledge his free and open sex life and the resulting instability in the lives of his seven children.

Watts was born in England in 1915, and immigrated to the United States in 1938. He died at his home in California in 1973. He is credited with popularizing Zen Buddhism in the United States. Watts wrote more that twenty-five books during his lifetime, gave countless lectures, and appeared in television series, radio talks, and films.