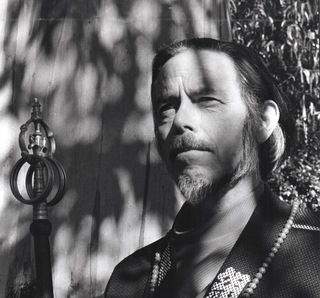 Alan Watts was born in England in 1915 and received his early education at King's School, Canterbury. While still in school, he became a member of the Buddhist Lodge in London, where he met Zen scholar D.T. Suzuki. Watts was, for a few years, editor of the Lodge bulletin, The Middle Way. (The Lodge is now The Buddhist Society.) He emigrated to the United States in 1938 obtaining a master's degree from Seabury-Western Theological Seminary in Illinois and was appointed chaplain at Northwestern University. He was awarded an honorary doctorate of divinity from the University of Vermont.

Watts published his first book, The Spirit of Zen, at the age of twenty-one and went on to write more than twenty other books, including The Way of Zen, The Wisdom of Insecurity, and The Book: On the Taboo Against Knowing Who You Are. In addition to being an acclaimed author and philosopher, he was an ordained Episcopal priest, a professor and graduate school dean at the American Academy of Asian Studies in San Francisco, and a research fellow at Harvard University. He held seminars and lectured throughout the United States and Europe. His radio and television lectures can still be heard and seen on the internet. His books are published in many languages and available in more than twenty-seven countries. Watts earned the reputation of being one of the most original and unfettered philosophers of the twentieth century. He is credited with popularizing Zen Buddhism and was regarded as a counterculture hero during the 1960's. Watts died at his mountain retreat near Muir Woods, California in 1973.